The Austro-Hungarian Empire was a strange creature. It spanned a huge swath of central and eastern Europe. Based in Vienna, it ruled over people who spoke Hungarian, Polish, Czech, and Ukrainian while ordering people around in German. It was bureaucratic and hidebound, as depicted in Józef Wittlin’s The Salt of the Earth (faithfully translated by Patrick Corness). This novel, the first in a planned but unfinished trilogy, gives us two views of the outbreak of World War I. In some chapters, it takes a macro view of the mobilization. In others, it zooms in to follow an illiterate Ukrainian peasant and other Austro-Hungarian citizens who got caught up in the war.

Because The Salt of the Earth is the opening novel in an incomplete trilogy, the pacing feels off. Instead of covering the arc of Piotr’s military experience, this novel is a long build up that takes Piotr from the outbreak of war to the beginning of his training in Hungary. The Salt of the Earth was clearly meant to be a big, sprawling epic of the war from the Austro-Hungarian perspective. But even though The Salt of the Earth is unfinished, it still provides an interesting reading experience. I ended up reading it more like a historical document, as a fictional account of events rather than a fully fledged novel.

Piotr, the protagonist at the heart of this book, is not as hapless or comic as Švejk or as tragic as Paul Bäumer, the protagonists of other iconic World War I novels. He’s an unlikeable man, dismissive of his lover (who loves him and serves essentially as a housekeeper Piotr can have sex with) and casually anti-Semitic. But he is a useful character for exploring the strange relationship people in the outskirts of the empire had with their Austrian rulers. Piotr believes in his government the way others believe in a religion. He has a completely one-sided relationship with his emperor. If he serves faithfully as a low-level railroad worker, he might someday be allowed to rise in the ranks and be awarded with the special cap worn by state employees. Just as he finally gets that special hat, Piotr is drafted and sent to basic training.

As I mentioned before, The Salt of the Earth is not a complete novel. It shouldn’t be read as one because it will only frustrate readers who want a satisfying conclusion. That said, I would only recommend this to readers who are curious about the experience of ordinary Austro-Hungarian men in 1914.

I received a free copy of this book from the publisher via NetGalley.﻿

Will and Annie might be at loose ends in Budapest, but the elderly man they check on during a heatwave has no questions about what he is in the city to do in Jessica Keener’s Strangers in Budapest. Will and Annie are in the city to try and get Will’s cell phone business up and running. Unfortunately, Will keeps hitting dead ends. Meanwhile, Annie only has her jogging and intermittent parenting to occupy her. But Edward Weiss, the elderly man they meet one hot day, is in the city for vengeance. I’ll be blunt. This little summary makes the book sound a lot more interesting than it actually is. I was frequently frustrated with the way the plot fails to progress in any meaningful way for most of the book.

We spend most of the time shadowing Annie as she stagnates in Budapest. In the States, she worked with homeless alcoholics. Since becoming an adopted parent, Annie has given up her work to tend to Leo. But, bafflingly, she and Will hire a babysitter to take care of the boy for hours at a time. Between the babysitter and Will taking meetings with anyone who will agree, she really doesn’t have a lot to do. It’s little wonder that she latches on to Edward after mutual friends as the couple to check up on him. Annie pushes through Edward’s rudeness and crotchety ways because she seems to need to help people, even if they don’t particularly want her help.

Over the course of Strangers in Budapest, we learn what drives Edward and Annie and what has gone wrong in their lives. Both are burdened by guilt and have suffered family tragedies. Where Annie’s tragedies have lead her to be a social worker, Edward’s have reinforced his need to protect only himself and his family. Edward doesn’t understand helping people he considered “losers”—alcoholics, addicts, the homeless, etc. He frequently asks Annie why she helps people he thinks can’t be helped. Annie, however, can’t explain other than to say it makes her feel good to at least try. She is not the most eloquent character, so I got a little annoyed at watching her flail with words when Edward puts her on the spot.

There is a lot of praise for this novel, but I found Strangers in Budapest very flawed. It’s not so bad that I gave up on it, but I’m not sure if I can recommend it. The dialog is boring. There’s hardly any plot. I didn’t understand Annie at all. The characters keep talking about how depressed the Hungarians are in sweeping generalizations. There’s little sense of place and this book could have been set anywhere outside of the United States. Edward brings up the Holocaust so many times, even though it has no bearing on the story, that it felt like a cheap emotional ploy. There were so many little things I didn’t like that this book was a chore for me to read.

I received a free copy of this book from the publisher via NetGalley and Edelweiss for review consideration. It will be released 14 November 2017.

Sari has always been an outsider in her small Hungarian village. Before World War I breaks out, she is the object of superstitious whispers and gossip. By the end of the story, however, she will be a sort of rogue heroine. Jessica Gregson’s The Angel Makers is a twisty tale of murder and mayhem. The end of this book still has me wondering about the ethical rights and wrongs of what happened in that little village.

Sari is the daughter of the táltos, a healer and sort of shaman. Because of her parentage and because Sari is quiet, thoughtful, and has a piercing stare, she is followed everywhere by whispers from the other villages. Still, she manages. She keeps to herself, learning about healing from her father and the local midwife (though Judit does a lot more than just deliver babies). She even has a fiancé, Ferenc. Everything changes when Sari’s father dies and war breaks out. Most of the men leave the village, trooping off to fight on the Italian Front.

The women manage just fine on their own, though one new bride in the village misses her new husband. They’re not quite sure what to think when an officer sets up a prisoner of war camp for captured Italians. Sari holds herself aloof while the other women in the village take jobs cooking and cleaning at the camp. It isn’t long before some of those women begin affairs with the Italians. Then Sari meets Marco and finds herself falling in love with him.

When Ferenc returns from the front, Sari’s life takes a turn for the worse. The Angel Makers sees Sari facing violence and pregnancy. Her life is nothing but upheaval after the two men learn about each other. The plot races ahead through time, showing us what happens when Sari’s method of dealing with Ferenc gets out. I don’t want to give too much away about the book, but I will say that the last half of the book shows us the consequences of necessary murder becoming casual killing.

I finished The Angel Makers a few nights ago and am still thinking about it. The way the book is structured, with the first half of the book very detailed and the latter half consisting of short scenes, didn’t really work for me. The change in tone from tragic to almost farcical was jarring. And yet, I rather enjoyed the idea of women taking control of their village away from the men, even though it did get out of hand by the end. In sum, I think I have to use the word the book reviewers use when a book has good bits and bad bits; it’s uneven. Caveat lector. 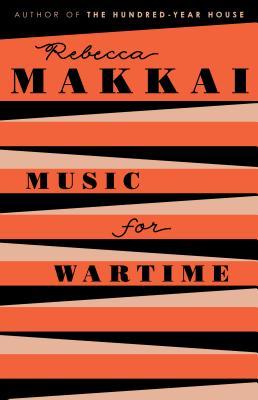