Little Brother, by Ibrahima Balde (co-written with Amets Arzallus Antia and solidly translated by Timberlake Wertenbaker) is an account of the author’s epic journey across North Africa to find his younger brother. Balde is the oldest son in his family which, after his father suddenly dies when Balde was a young teenager, makes him the primary breadwinner for his mother, two sisters, and little brother. In brief chapters, Balde tells us how he tried to support his family and then, when that little brother tries to make it to Europe, how Balde went after that brother to try and bring him back home.

Balde is not an ambitious person. He is relatively content to find work as a trucker’s apprentice with the long haulers who crisscross Guinea (where Balde is from), Liberia, and Sierra Leone. But when he gets a call that his brother has gone north in an attempt to get to Europe to make a living for the family, Balde takes it upon himself to try and follow. This leaves Balde’s mother and two sisters alone at their farm in the Guinean countryside, but what else can Balde do? He pulls together as much money as he can and follows his brother’s trail.

I was astounded to read about Balde’s journey. More than once, Balde has to walk for miles in the Sahara between towns. And it’s not just the elements that might kill Balde. At one point, Balde is captured by a group of Tuareg who enslave him. After that, Balde is on the run from them as well as trying to keep himself alive in the desert. There are a few kind people in the desert who help Balde and other migrants along the way, but there are so many migrants and refugees that they can only do so much. Between the kind ones and the slavers, there are those who will help migrants and refugees get further north…for a price. When he meets a new person, Balde is gambling on whether or not that new person wants to help him, bilk him, or enslave him.

Balde packs so much into the very short chapters of Little Brother. In those brief paragraphs, Balde shows us his love for his family, his determination, and his phenomenal inner strength. Balde does an impressive amount with remarkably few words, words that put us on Balde’s shoulder as he walks all those miles to look for his little brother. Readers who love reading inspirational stories or tales of hardship will enjoy this one.

Our Riches, by Kaouther Adimi (and elegantly translated by Chris Andrews), is the story of a dismantling. It literally follows the decommissioning of Les Vraies Richesses, an Algiers bookstore founded in the 1930s. Metaphorically, it traces the last decades of French control of Algeria. It’s melancholy, but resigned. After all, nothing lasts forever.

Ryad needs some kind of job before he can finish his degree as an engineer. It apparently doesn’t need to be an engineering or even a construction gig, so he takes a job getting rid of everything inside the shuttered Vraies Richesses. The property has been sold and will become a beignet shop. Ryad is not a reader. Thus, he’s not sentimentally attached to books or literary history. It’s no big deal to him to bin old books, photos, and papers. The neighbors are a little sad, but they’re not going to stop Ryad from tossing out the store’s history.

Meanwhile, we see Edmond Charlot found the store, become a publisher of some of the best French Algerian writers like Albert Camus and Emmanuel Roblès, among others. Charlot took a chance on Vraies Richesses because he loved literature so much. He borrowed and networked and hustled. During World War II, he begged for paper to keep printing. The store kept going right up until the Algerian Revolution sent the French—and Charlot—packing.

There’s no tragedy in Our Riches, just history. Charlot didn’t set himself up to fail; things just didn’t work out. But in spite of the feeling of sadness that pervaded the novel, I didn’t feel depressed by this book. Instead, I felt like I got to watch an episode of Algerian literary history that came to a natural conclusion. 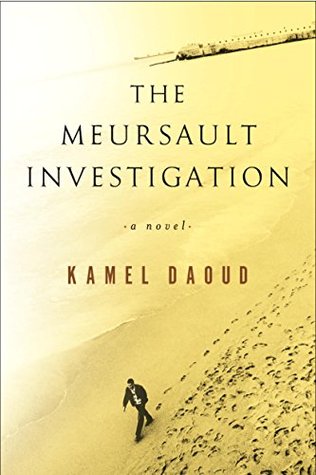 Seventy years after Harun’s brother, originally unnamed in L’Étranger, their mother is still alive. Both are still haunted by the loss of Musa on that sun-dazzled beach. The Meursault Investigation is a wandering tale told by Harun to an unnamed student in one of the last bars in Oran. Harun takes us back to that day in the summer of 1942. Musa’s family were not informed until late in the day. The newspapers—and the famous book—never named Musa and information was thin on the ground. Harun exclaims at one point, “Good God, how can you kill someone and then take even his own death away from him?” (Chapter I). Even after Algeria gained independence in the early 1960s, Harun and his mother never found out what really happened that day. Worse, Musa’s body was never found.

Meursault’s crime destroyed Musa’s family. Harun was treated as a poor stand-in for his older brother by a vengeful, toxic mother. The family lived in poverty for twenty years after Musa was killed. Even now, Harun reveals himself to be a twisted, angry, old man who despises women and laments his own politically and maternally approved crimes. Daoud’s novel paints L’Étranger as a supremely selfish work.

In The Meursault Investigation, Harun eventually reads L’Étranger (always referred to as the book). He tells his interviewer, “I read it twenty years after it came out, and it overwhelved me with its sublime lying and its magical accord with my life” (Chapter IV). Perhaps it was inevitable that Harun would also become a killer. He says, “I’d known for years that when I killed somebody, I wouldn’t have to be saved, judged, or questioned by anyone” (Chapter VIII). Harun’s act of murder, when it does happen, is viewed by everyone as justifiable revenge—even though Harun’s victim was a Frenchman in the wrong place at the wrong time and had nothing to do with Musa’s murder. The “magical accord,” at times, is frighteningly similar between Harun and Meursault.

As I read, I scribbled (digitally) all over my copy of The Meursault Investigation, marking all the parallels and inversions. On the one hand, this book can be read as a direct response to L’Étranger; it can also be read as a work of fiction. It’s hard for the book to do both. If it’s fiction, there are too many coincidences for plausibility. As meta-text, the book does lose some of the re-humanization Daoud is attempting to bring to Musa and his family. In spite of its issues, however, I think this book has been a long time coming. Musa, “the Arab,” was a nameless, faceless character in L’Étranger. It was fitting that I read it in the midst of the protests and the #BlackLivesMatter movement.

I received a free copy of this ebook from NetGalley, in exchange for an honest review. It will be released 2 June 2015.

* Quotes are from an advanced reader copy of the 2014 edition by Other Press, translated by John Cullen from the French.