It’s time again for the Book Sommelier! Here are some pairings I’ve thought up since the last Sommelier post. 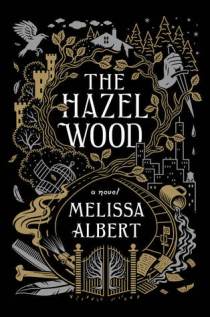 In the House in the Dark of the Woods, by Laird Hunt, and The Hazel Wood, by Melissa Albert

We tend to think of folklore as pretty well established (though pedants might quibble about urban legends). When it comes to fairy tales, we can all pretty much recognize the archetype and predict what will happen by the end of the story. But in these two novels, the authors give us background stories that have the feel of folklore but have new details. These new details almost stole my attention away from the actual plot. They certainly had me wishing for more.

Insurrecto, by Gina Apostal, and Night Film, by Marisha Pessl

Both of these novels feature someone trying to solve the mystery of a film maker. The details of setting are different, of course, but the characters end up on a journey that resembles the genre the film maker used. Both film makers worked in horror, so the protagonists of these novels end up on strange and sometimes scary journeys. These two novels also explore revisionism. With each new clue, the protagonists have to find a way to assimilate information that upsets everything they thought they new. For readers who like to get a story plus an opportunity to think about how stories and reputations are constructions. Also, they’ve both got plenty of tension to keep the deep thoughts from slowing things down. 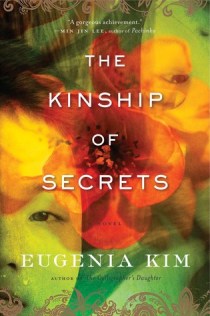 The Kinship of Secrets, by Eugenia Kim, and The Light Between Oceans, by M.L. Stedman

In both of these novels, historical events have conspired to separate a child from its parents. The separations have the characters—and us—wrestling with the ethical and emotional repercussions for years. The novels approach these repercussions from different angles. In The Light Between Oceans, the protagonist frets in the middle of a terrible situation where two women have almost equal claims to a found child. In The Kinship of Secrets, the protagonist is a child who as left behind when her parents fled the beginning of a war. The more she bonds with her relatives, the less she wants to reunite with her parents. And yet, she can’t help but wonder why she was left behind and what her life might have been like if her parents had taken her along.