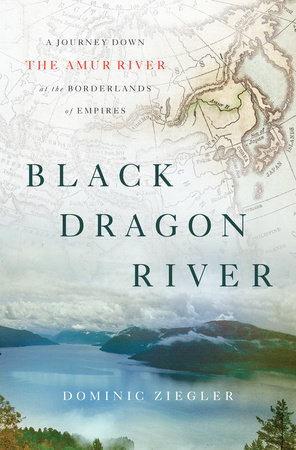 Between Russia, China, and Mongolia, there is a 4,000 mile long river that marks a contested boundary. In telling the history of the Amur River, Dominic Ziegler also relates the history of this part of the Russian Far East. Black Dragon River (the book is the river’s Chinese name) also serves as a travelogue. Ziegler began at the source of the river, the Onon River in Mongolia, and followed the river’s course down to where it meets the Sea of Okhotsk, in Nikolaevsk. The chapters in the book are named for towns and cities along the river’s course, which Ziegler uses as jumping off points to talk about Russian subjugation of the indigenous peoples, Chinese dynastic changes, and the numerous conflicts between the Russian and Chinese empires.

Though Ziegler’s book is nominally a travelogue (at least according to the subtitle), it is primarily a history. Unlike other Siberian travelogues I’ve read, the people mentioned in Black Dragon River have mostly been dead for a century or more. The history of the river, as Ziegler tells it, starts to get interesting in the late 1500s and 1600s. There had already been numerous groups living in the Amur River area: Buryats, Yakuts, Evenki, Nanai, Nivkh, and others. The Russian empire already had claims to territory on the other side of the Urals, but it wasn’t until the Siberian sable, gold, and other resources were discovered that the Russians got serious about pushing east. (They also found that Siberia was a very convenient place to dump troublemakers.) Russians—mostly Cossacks—made their presence felt among the indigenous people by demanding tribute in fur and food and women. I saw strong parallels in Russia’s conquering of Siberia in the United State’s conquering of the American west, but with the added complication that there were two major world powers interested in exploiting the people and resources.

A significant part of Black Dragon River is deep Siberian history. I learned about Yermak, the first Russian in Siberia; the Decembrists; the Jewish Autonomous Oblast; and much more. The history is pretty heavy going in places. Ziegler doesn’t do much to leaven the often heart-breaking history of the region. One of the few times Ziegler puts in a pop culture reference (reminding readers that Nurhaci, whose son and grandson founded the Manchu dynasty, had a cameo of sorts in Indiana Jones and the Temple of Doom), he botches it. The error did make me wonder if there were others lurking in the text, but it it’s clear from the bibliography that Ziegler did a PhD’s worth of research for this book. Once I shifted my expectations from travelogue to history, I rather enjoyed learning about Siberia’s past.

At the end of Black Dragon River, Ziegler returns to his ostensible purpose: to report his travels on the river. The modern Amur region is well past its heyday. There seems to be a strong sense of malaise over the entire region and while Ziegler meets some very passionate scientists, most of the people feel forgotten by European Russia. The only time they get attention from the Russian government is when Vladimir Putin feels the need to, as Ziegler repeatedly puts it, “mark his territory” so that the Chinese don’t get any ideas. This is not a cheerful book.

I received a free copy of this ebook from NetGalley, in exchange for an honest review.