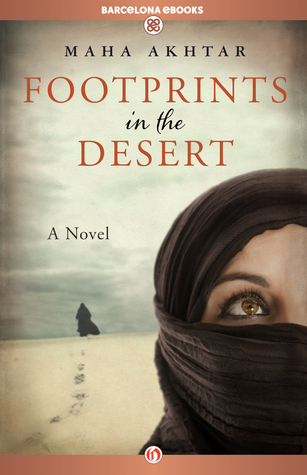 Footprints in the Desert

Maha Akhtar’s Footprints in the Desert had so much potential. T.E. Lawrence makes an appearance and blows up trains and tracks. The Ottoman Empire is fighting against Faisal ibn Hussein‘s Arab Revolt. The main characters are on the run from Ottoman agents in Cairo. What’s not to like? In all honesty, this book has only its setting to recommend itself. The characters were, if not outright caricatures, shallow and one-dimensional. The dialog is dreadful. The pacing is all over the place. Most of the protagonists have miraculous escapes (except when a minor character is sacrificed to make the story more believable). I’m sure the only reasons I finished this book were the fact that I was tired after a week of library conferencing and trapped on a plane for a couple of hours. I didn’t have many brain cells to spare for anything better.

The plot, in brief, follows Salah as he escapes (repeatedly) from the forces of an Ottoman pasha. Salah is wanted because he has been stealing information about troops and trains for the British and the nascent Arab revolutionaries. He’s not entirely sold on the idea of an pan-Arab state, but he likes them better than he likes the Ottomans. (Motivations are only rarely examined in Footprints in the Desert.) Meanwhile, his long-time love, Noura, is recently widowed and in need of shelter. Both make their way to Cairo, where Salah’s mother lives. The rest of the book is a repeat of Salah does something, then the Ottomans fail to kidnap the right people or blow the right things up, and Salah remains at large. This sequence is replayed almost half a dozen times until World War I comes to an end and the Ottoman Empire is dissolved.

I can’t recommend this book at all.

4 thoughts on “Footprints in the Desert, by Maha Akhtar”