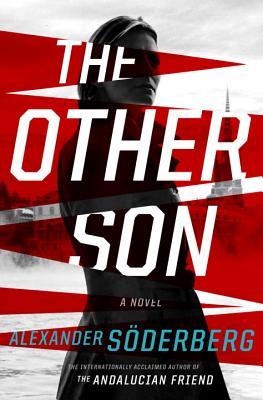 The Other Son, by Alexander Söderberg, picks up a few months after the series debut, The Andalucian Friend, ends. Sophie Brinkmann, a Swedish nurse, seems to have adjusted to her life as the face of a criminal organization headed by her boyfriend, Hector Guzman. She travels the globe, reassuring partners and suppliers and buyers, while Hector languishes in a coma. Hector’s absence is beginning to be felt, however. We rejoin Sophie in a meeting in Istanbul. The man she’s meeting with is giving her strange vibes. The meeting suddenly becomes an assassination attempt and Sophie barely escapes with her life. The Other Son kicks off with a bang and doesn’t let up until the last page.

The Other Son shifts narrators and locations rapidly. Most of the chapters end in gunfights. This may sound more like a complaint than not, but Söderberg pulls it off. One of the most common flaws of thriller series is that they either assume that a reader has not only read but memorized everything that’s already happened or has suffered complete amnesia since the last entry. Söderberg strikes a nice balance between the two. It’s been a few years since I read The Andalucian Friend and details about what happened were hazy. Because Söderberg switches narrators between Sophie, the police investigating her, Hector’s allies, and Hector’s enemies, it’s easy to pick up on the backstory.

After Sophie is nearly killed in Istanbul, she returns to Stockholm to regroup with the remains of Hector’s organization. Their mission is to maintain the organization until (if) Hector wakes up. If word gets out about Hector—who, by this point, hasn’t been seen in public for about five months—rival organizations will declare open season on Hector’s group. Of course, Hector’s rivals, the German Hankes, are already at war with them. They’re the reason Hector’s in a coma in the first place, though even they don’t know this. The Hankes decide to kidnap both Hector’s illegitimate German son and Sophie’s son in order to get both parents out into the open. Most of The Other Son revolves around schemes and counter-plots to get the boys back.

The only flaw in The Other Son is a common one for thriller series. Söderberg avoided the pitfalls of infodumps, but stubbled on the ending of this book. The Other Son is clearly a prelude to the next installment of the series and leaves a lot of plots unresolved.

I received a free copy of this ebook from NetGalley, in exchange for review consideration. It will be released 21 July 2015.